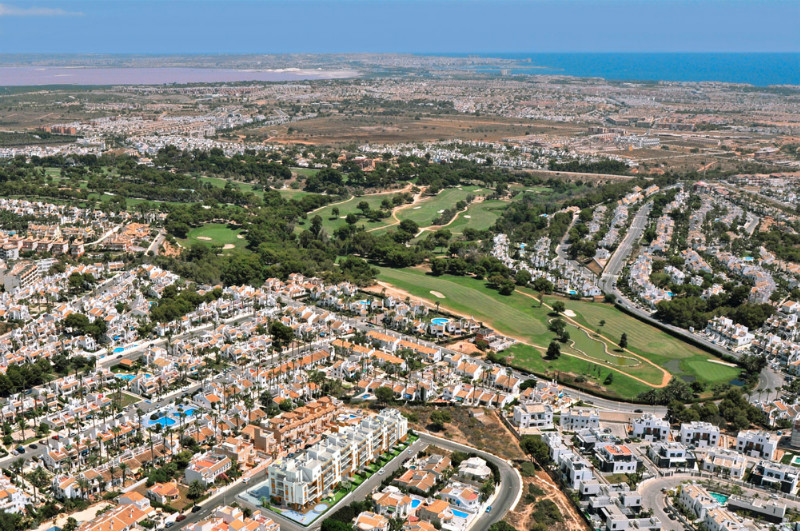 The Costa Blanca, or "White Coast", lies on the Mediterranean coast between the Costa Brava and Costa del Sol. This coast is probably one of the most popular holiday destinations in Spain, which is mainly due to the mild climate and the long, white sandy beaches. The sun, the Mediterranean lifestyle and the beautiful beaches are the ideal combination for a fun-filled and relaxing holiday or a long stay.

The Costa Blanca is from Germany easily reachable by 2 international airports, El Altet, Alicante and San Javier, Murcia. In addition, a good road network with motorways for good connections ensures also within Spain.

The Health Organization of the United Nations declared this area as one of the healthiest in the world, is being specifically pointed to improvements in skin diseases, rheumatism, cardiovascular disorders and respiratory diseases. The constant presence of the sun combined with the mild climate, with an average temperature of 20 degrees, meaning that the exercise of all kinds of water sports and other sports such as hiking, horseback riding, cycling, golf, etc. every season are possible.

The town of Torrevieja is a nice coastal town, about 30 minutes south of Alicante, with its own harbor and small fishing fleet. Torrevieja has one of the biggest markets in the South East of Spain, Promenade stalls with crafts, which take place every night, a water park, mini golf and a large covered market where you can buy daily fresh fruit, vegetables, meat and fish. The wide range of shops and restaurants are open all year round, where everyone, whether fixed residents, owners of holiday homes, or just tourists who wish to discover Spain will find the right.

Farther inland is the old town of Orihuela, which has played an important role in the history of Spain. Well-preserved monuments of the region, like the old University of Santo Domingo convent; the Gothic Cathedral, the church of Santiago in the Diocesan Museum with paintings is a beautiful late Gothic facade with sculptures of the famous sculptor Salzillo and other structures, such as the Bishop's Palace (18 or older century), among others, by Velásquez and Ribera. Just outside the mountain city, this seminary, built in the 15th century with a stunning façade from the 18th century. At this point, the city can enjoy a beautiful view of Orihuela and the palm garden.

In addition, many attractions and beautiful landscapes offer endless possibilities for excursions whether inland or one of the many historic towns such as Cartagena, Caravaca de la Cruz, Murcia, Elche and Alicante.